Even Google Waved its Swedish Flag!

Sweden celebrates June 6th because it marks the date when Gustav Vasa became King in 1523, making Sweden independent from Denmark and Norway for the first time. Also, on June 6th in 1809 Sweden adopted a new constitution.  Sveriges Nationaldag is a new name for the holiday, from 1916-1983 it was called Svenska flaggans dag (Swedish Flag day). This National Day has only recently become a red day, meaning a day off, since 2005. Swedes are known for not being overly boastful, so in an effort to make the holiday more popular the government decided to make it a red day so the people have the day off to celebrate. Being so new, many surveys have revealed that many Swedes still don’t know how to observe it and just enjoy the day off. Some people celebrate by watching the Royal family’s ceremony in Stockholm. Most people consider Mid Summer to be their national day for celebration.

Today I went out in hopes of finding something special for the occasion – but was only met with closed stores and empty streets. Red days make Halmstad a ghost town, but I was determined to do something to celebrate my first Nationaldag in Sweden. I decided to play Swedish Flag Scavenger Hunt in town. 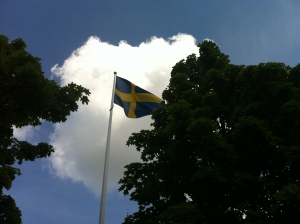 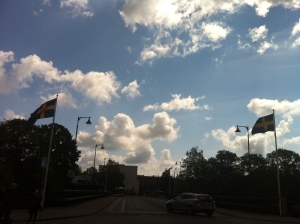 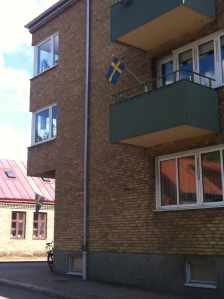 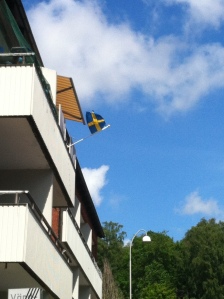 I thought it would be a good day to visit one of my favorite places, an open air museum with old Swedish cottages. It is up on a high “mountain” which gives a great view of the city. To my delight, this is exactly where the rest of the town was! I finally found the celebration – and people, and flag jackpot! I couldn’t understand the speeches or songs, but  I didn’t need to. Just seeing everyone waving Swedish flags, listening, laughing, clapping, and being proud was enough. 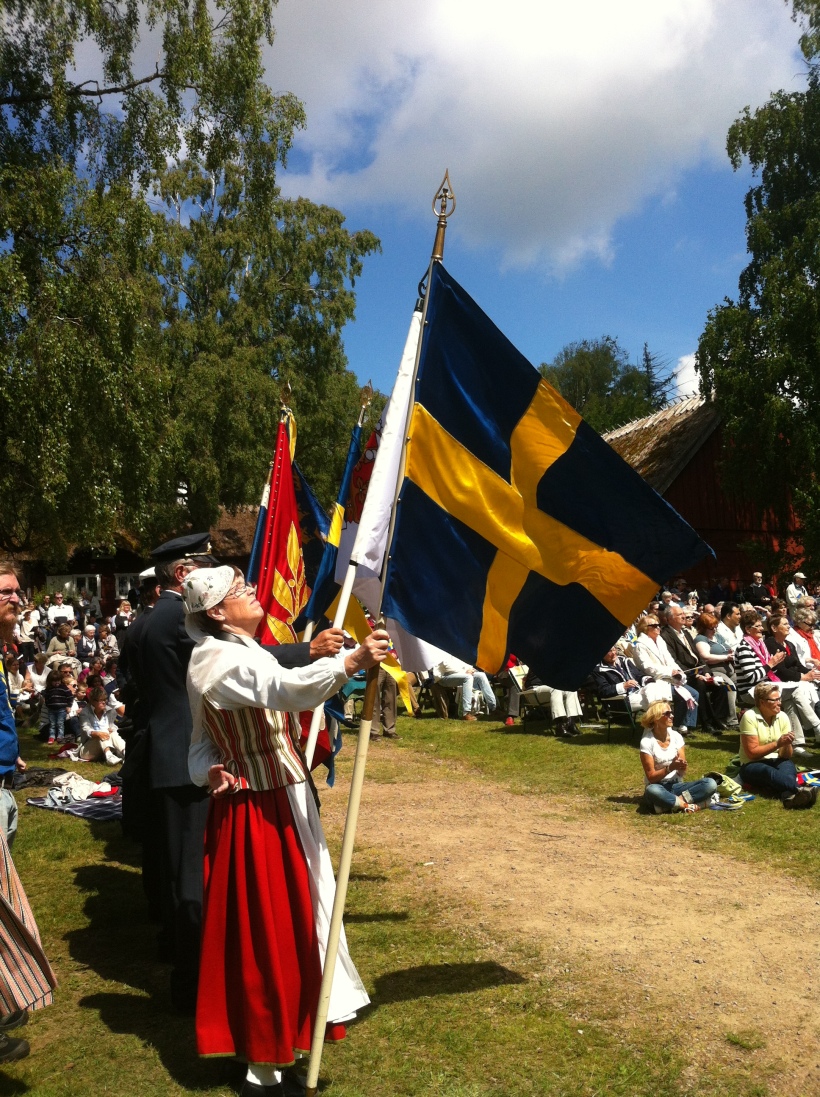 Years ago there was a competition to create the national pastry to be eaten on this very special day,  it is called Nationaldagsbakelsen. But many people don’t know about it, it seems. Even googling for it is a challenge. All I can gather is that there are Strawberries and Almond paste. In hopes to eat this national specialty I went to the bakery in the morning, thinking it would be much like the semla craze, but alas the bakery was closed along with all other stores since it is a red day. No wonder this cake is so elusive and unknown, how should one be introduced to a special cake if the bakeries are closed on the day you should be eating it? Of course, there are recipes and perhaps people buy it the day before?

I decided to make my own version: 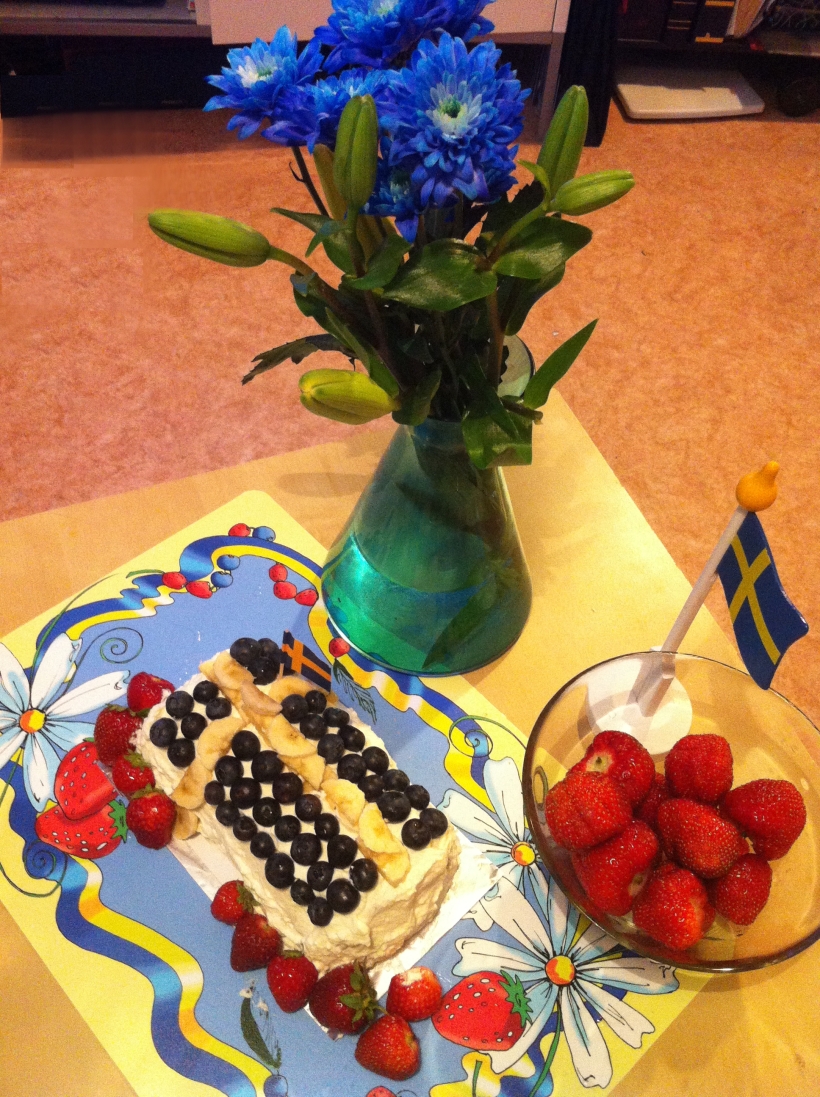 I might have cheated with a small premade snake cake (perfect size for two people who love cake), but I cut it in half and added a nice layer of Almond paste to make it special and even more Swedish. If it was a full size cake I would have added strawberry slices around the flag of blueberries and banana, but I think it was a huge success! Hubby came home with blue and (unbloomed) yellow flowers and a wooden Swedish flag so I have a keepsake from my first Nationaldag!